Illuminati Roundtable: Beats By Dre…Not The Headphones According to Women 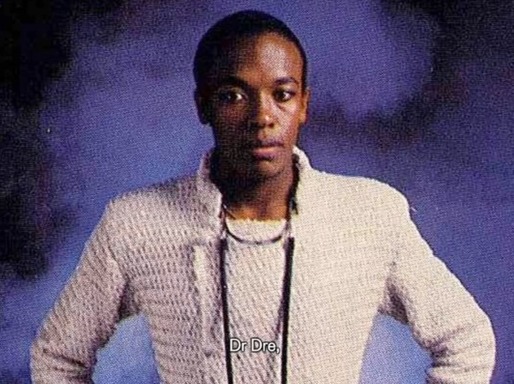 Are you gonna buy headphones from someone who slapped Dee Barnes? What’s wrong? Didn’t think I would remember? Well here’s where this line of questioning is coming from (aside from it being an Eminem quote). Today on Twitter, I read someone’s post on how we like some songs, even though we know it’s completely ignorant, misogynist, and vile. Which is completely true. The poster than brought up Eminem and the song “Guilty Conscience.” So I went back and listened, remembering why I adore the song. Then I heard the line “You gonna take advice from somebody who slapped Dee Barnes?” Ever since the song came out I always told myself to Google Dee Barnes. I always thought it was some old white guy (my age is showing, I know). No. Dee Barnes aka Denise Barnes was a female rapper and TV personality that Dr. Dre pummeled at a party.

According to Rolling Stone: [quote style=”boxed”]According to a statement issued by Barnes, Dre picked her up and “began slamming her face and the right side of her body repeatedly against a wall near the stairway” as his bodyguard held off the crowd. After Dre tried to throw her down the stairs and failed, he began kicking her in the ribs and hands. She escaped and ran into the women’s restroom. Dre followed her and “grabbed her from behind by the hair and proceeded to punch her in the back of the head.” Finally, Dre and his bodyguard ran from the building. Far from denying the attack, the members of N.W.A. insist that, as Ren says, “she deserved it – bitch deserved it.” Eazy agrees: “Yeah, bitch had it coming.”[/quote]

Well I’ll be a monkey’s uncle. Dr. Dre a serial woman beater. You don’t say. This doesn’t surprise me. I mean we all know about him breaking Michel’le’s nose to a point that she had to have surgery.  Dre always came off as a coward around men and needed to get his frustrations out some way. I mean he never ran up on Eazy-E, 2Pac, or hell Jermaine Dupri. Maybe because their privates were outies and not innies.  So what’s the point of me writing this? Simple. We in the Hip-Hop community tend to overlook crimes that certain rappers/producers commit. Especially towards women. Dr. Dre beats up a woman in a club, pays a fine, and the crime becomes a punchline. I doubt that if it were Daz Dillinger, he would’ve gotten off scotch-free. What bothers me is that there was no outcry. There was no protest. Folks were quick to boycott Ice-T’s “Cop Killer” but they spent their last on The Chronic album. Come on now. Like cars, clothes, and jewelry, women are nothing more than an accessory to certain rappers. And we as a community have accepted that. This has to stop. Women are not accessories. Rappers want respect but need to learn to give respect. To get respect, you have to earn it. Beating a defenseless woman senseless, then laughing about it later gets you no respect.

Nowadays, Dre’s music is meh but it’s his headphones that keep his name buzzing. I’m pretty sure if social media networks were around in the early 90’s, Dre’s career would be that of Chris Brown‘s now in 2014. No music. No endorsement deals. Just daily reminders on how much of a crummy person he is. In closing, I’m not telling you to stop supporting the man because you fools still buy R. Kelly‘s albums. So that’s just wasting my time. However, I will tell you that I bet your Beats by Dre headphones don’t beat harder than Dr. Dre on Dee Barnes. -Pooh Bailey