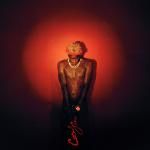 What is Karma? Karma is the result of fate, which is the effect from a cause. And if you don’t know, Karma is a bish that’s always on her period. So who is dealing with Karma? Karma’s victim this week is none other than Lil Wayne aka Tunechi aka Mr. ThatsWhatYouGet. If you don’t know or don’t care, Birdman’s new cuddy buddy, Young Thug just released his new mixtape The Barter 6 (it was named The Carter 6 but legal intervention and such). Young Thug said it is meant to carry on The Carter series but if you’ve been around the Cash Money shenanigans as long as I have you know it’s just to piss off Wayne. You see Wayne is suing Cash Money for royalties and to release his album. We discussed this already. So lets get back to this mixtape. Lil Tunechi is now upset that Thugger Thugger has decided to name his mixtape Carter 6 (now Barter 6), and he and his fans are calling Young Thug/Baby out. But it seems that Wayne forgot about the time that he did the exact same thing. History Repeats Itself. On July 23, 2002 Lil Wayne released his third studio album, 500 Degreez. This was after Juvenile and most of the rest of the Cash Money roster left due to unpaid wages. So to show his loyalty to Baby, Tunechi named his album after Juvenile’s most successful album, 400 Degreez. Everything that Young Thug is currently doing with Birdman, is an exact replica of what Wayne did in 2002. And I’m sure Wayne is currently feeling just like Juvie felt back then. Someone mocking your most recognized work and benefiting off of it. Now the question is will Wayne run back to Cash Money like Juvenile did? I mean Juvie responded to Wayne’s 500 Degreez with 600 Degreez, but he ended up right back in the clutches of Slim and Baby.

No Loyalty in Rap. Everybody is up in arms about this Carter 6 mixtape and I find it hilarious. Wayne turned a blind eye to Birdman’s bullying of his artists. He named his album 500 Degreez and called himself Birdman Jr. Now daddy don’t want to pay him and now he’s crying loyalty. Here’s the thing, when 95% of the roster left the company that my friend should’ve told you to start looking for a way out. Instead you allowed your ‘daddy’ to treat you like a submissive girlfriend. He promised you money and a record label to stay and you did. But now your star is starting to diminish and daddy has decided to trade you in for a younger version of you. So now you become Juvenile. Now you become B.G. Now you become Mannie Fresh. And that’s what you get.  We all knew how your story with Cash Money would end. The only thing we didn’t know was when.  So good luck getting that album that nobody cares about released. And hopefully you’ve learned who deserves your loyalty. And as for The Barter 6, it’s cool for what it is. However, it’s not worth throwing subliminals over. –Pooh Bailey